A magnificent land full of delights, Turkey boasts fabulous golden beaches, ancient history, and mouthwatering cuisine. Pick a modern beach resort brimming with top-class entertainment, or perhaps a tranquil bay as the base for your Turkey holiday. Alternatively, take to the seas and see Turkey on a relaxing gulet cruise.

With a foot in both Asia and Europe, the country brings you the best of both continents, from Istanbul’s 21st-century nightlife and fashions to the mystic Sufi culture in Konya.

If you're visiting Istanbul, don't forget to see the city's impressive mosques such as the Baroque Revival style Ortaköy Mosque or the 17th century Sultan Ahmed Mosque. The city is also famous for its Hagia Sophia Byzantine basilica and busy and noisy markets and is the world’s only transcontinental city.

Other popular Turkey destinations include the ancient city of Ephesus, the breathtaking fairy chimney rock formations of Cappadocia in the interior and the Sandland sand sculptures in the Antalya area

If you're a photographer, spend a couple of nights in Cappadocia, which is known for its striking rock formations and hot air balloons. Watch an amazing sunset, and stay in one of the enchanting stone cave hotels for an experience you'll never forget.

Alternatively, see the enormous Roman Theatre of Aspendos near Antalya, or visit the equally astounding Greco-Roman ruins of Pergamum in Bergama. In fact, there’s so much to snap, you may need to bring a couple of extra memory cards!

At Turkey’s modern beach resorts, you’ll enjoy sun-soaked days on the picturesque coast before tucking into a meal at one of the local family-run restaurants. When night falls, sip on a freshly-made cocktail while watching live music, or dance the night away at one of the popular clubs.

For a more laid back holiday, stay in a tranquil bay or discover an ancient town where you can relax and leave your worries far behind.

Many of the country’s most popular holiday destinations are on the Turquoise Coast, the western part of which can easily be seen on a map of Turkey’s Aegean Coast. Here, you’ll find lively, cosmopolitan beach resorts like Antalya, Marmaris, Kuşadası and Bodrum. These have hundreds of hotels and self-catering apartments, from 5-star venues with infinity pools to budget-friendly villas or bed & breakfast style hotels.

With its pristine sandy beaches, clear emerald water and lush forests, the Turquoise Coast is just as idyllic for honeymooners as it is for families. For sun-seekers and beach lovers, the best time to visit is from around late May to the end of September.

Wherever you stay you will be tempted by sandy beaches, perhaps the most famous of which is Olu Deniz. The white sand beach and beautiful blue lagoon have been designated a national park.

Further east on the Aegean coastline lies the ancient Greco-Roman town of Ephesus, one of the Roman Empire’s greatest cities and one of the Seven Wonders of the World.

We also have travel guides available for destinations, including, including: Antalya | Bodrum | Dalaman | Istanbul | Izmir

Expect glorious sunshine in the summer months, and mild temperatures during the winter. The main resorts along the Turquoise Coast, otherwise known as the Turkish Riviera, have very long, hot summers, with daytime temperatures in the low to mid-30s °C by July and August. Along this coast, rainfall is rare from around June to August, and in the sunniest month, July, there's an average of about 11 hours of sunshine per day. It can get very hot in July and August especially in the Antalya area and Turkey destinations inland, although most hotels have air conditioning.

There are many international and domestic airports in Turkey. Airports served by the UK include Antalya, Istanbul, Izmir, Ankara, Dalaman and Bodrum.

Types of holidays in Turkey

Celebrity spotters: Party with the international jet set at the waterfront Halikarnas in Bodrum, which is the world’s largest outdoor club.

Adventure seekers: Water sports abound in Turkey, with some of the best diving spots in the Mediterranean. Head inland during the winter for some top skiing that’s far less crowded than the usual Alpine destinations.

Language: The language spoken in Turkey is Turkish. English is spoken to a basic level in many hotels and attractions in popular Turkey destinations, although it’s a good idea to download our handy language app or carry a phrasebook with you and try out a few useful Turkish words and phrases.

Currency: The currency used in Turkey is the Turkish Lira (TL).

Local time: Turkey is 2 hours ahead of GMT/UK time.

Fly to: Antalya Airport for Alanya, Goynuk and Side; Bodrum Airport for Altinkum, Gumbet and Turkbuku; Dalaman Airport for Dalyan, Fethiye and Kalkan; Izmir Airport for Marmaris and Kuşadası. Transfer times are 30 minutes and 2 hours 40 minutes.

Time difference between Turkey & UK: All of Turkey is on Eastern European Time (EET), which means that it’s 2 hours ahead of the UK (GMT).

Health: Before you travel, check the TravelHealthPro website for recommendations and advice on health requirements for your Turkey holidays.

By taxi: All resorts have metered taxis; there are also some fixed-route charges, for example to and from Dalaman airport. However, it’s always a good idea to agree to the taxi fare before you set off.

By minibus: For journeys between major tourist destinations and within Turkey’s cities and larger towns, minibuses, known as dolmuş, are a convenient way to travel. Hop on and hop off at any time so you can travel at your own pace to your next destination.

By car: Hiring a car can be handy for travelling independently and exploring Turkey’s breathtaking coastline.

By coach: Sleek, speedy coaches are the best way of getting about, especially if you’re planning cheap holidays to Turkey. Benefit from fast, frequent, services covering every town and city. There are many private operators, but buy your ticket in advance if you’re travelling in high season to avoid missing out

Anzac Day: Aussies and Kiwis gather for Anzac Day, marking the anniversary of the World War I Gallipoli landings (25 April).

If you’re a British Citizen and you’re travelling to Turkey for a holiday, you will not need a visa. You will only require one if you are planning on staying for more than 90 days in a 180-day period. For longer stays, you can apply for an e-visa via the Official Republic of Turkey website.

It’s important to make sure your passport is valid for at least 6 months from the date you arrive, and that you leave a full page for the entry and exit stamps.

If you need any more advice on Turkey visas, or entry requirements - please visit FCDO website for the latest guidance.

The climate in Turkey varies between the regions, but if you’re visiting during the summer, you can be sure of glorious, beach-friendly temperatures wherever you are. Highs of 34°C are common in Bodrum and Antalya during July, while more comfortable temperatures in the mid-teens °C make spring a popular time to visit. To benefit from more pleasant weather, book your holidays during spring or autumn when you can also get great deals on cheap holidays to Turkey.

Istanbul is cooler than the resorts on the southern coast, with frequent cold spells in the winter and much more pleasant temperatures in the summer, with average highs of about 28°C in July or August. 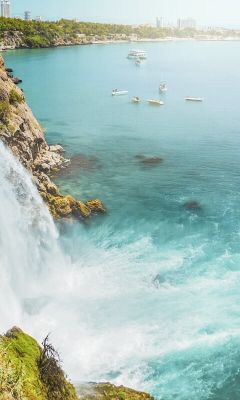 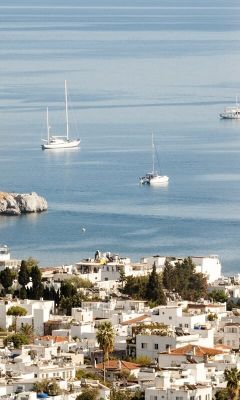 Bodrum
Family fun to suit all budgets in this idyllic corner 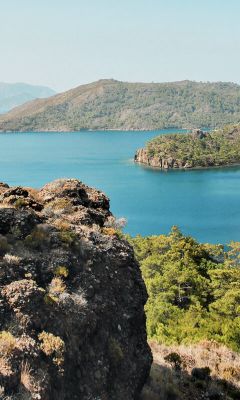 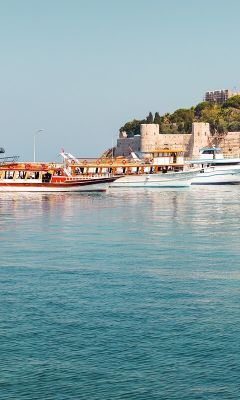 Izmir
Explore Turkey's ancient past and enjoy its modern present

Search all holidays in Turkey
Looking for other holidays?